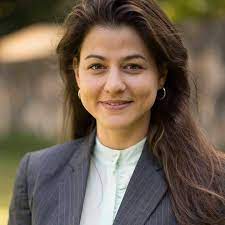 The Prime Minister: Mr Speaker, Sir, in my reply to Parliamentary Question B/387 at the Sitting of 18 May 2021, I explained the various implications and challenges for the introduction of live broadcast of news bulletins in the Mauritian Sign Language.

I also informed that the Mauritius Broadcasting Corporation was working in close collaboration with the Ministry of Social Integration, Social Security and National Solidarity and the Society for the Welfare of the Deaf to examine those implications and challenges, and that they were considering the advisability of implementing the project in a phased manner, that is, in the first instance, increasing the number of weekly news bulletin in the Mauritian Sign Language from one to two and, at a later stage, identifying a specific live news bulletin to include the sign language interpretation.

Mr Speaker, Sir, I am informed that a meeting was convened by the Mauritius Broadcasting Corporation on 10 August 2020 with representatives of the Ministry of Social Integration, Social Security and National Solidarity and the Society for the Welfare of the Deaf to examine ways and means of introducing live news bulletins in the Mauritian Sign Language. The Society for the Welfare of the Deaf had pointed out that competent staff had to be sent to India for training as interpreters and newscasters for the hearing impaired. Further discussions in this line were put on hold in view of the COVID-19 pandemic and travel restrictions.

A second meeting was held at the Mauritius Broadcasting Corporation on 26 May 2021 with, among others, the representatives of the Ministry of Social Integration, Social Security and National Solidarity and the Society for the Welfare of the Deaf for follow-up actions.

During the meeting, the representative of the Society for the Welfare of the Deaf reiterated that, in order to produce a daily live news bulletin, additional human resources would have to be trained as interpreters and newscasters. The cost implications for all stakeholders were also discussed.

In view of the lack of adequately trained personnel at this stage, the Society for the Welfare of the Deaf made a request for a mid-week Mauritian Sign Language news bulletin, in addition to the one being broadcast on Saturdays. It was agreed that the technical facilities would be provided by the MBC while the mode of financing the fees for Mauritian Sign Language interpreters and newscasters would have to be examined.

Mr Speaker, Sir, a follow-up meeting was held at the Mauritius Broadcasting Corporation on 28 January 2022 with all stakeholders, including the Chairperson of Society for the Welfare of the Deaf to discuss the matter further and chart a way forward.

I am further informed that the training programme for the Mauritian Sign Language interpreters comprises two phases. The Ministry of Social Integration, Social Security and National Solidarity has taken the initiative of mounting locally the first phase of the training programme which will be conducted by the Mauritius Institute of Training and Development, in collaboration with the Society for the Welfare of the Deaf. Phase 1 will be geared towards imparting to participants the basic communication skills in Mauritian Sign Language and will be conducted in four different batches of three months’ duration each. Successful participants from the different batches in the first phase will be retained for further training in the second phase, which aims at developing communicative proficiency in Mauritian Sign Language.

The second phase comprises six modules, which is covered over a period of one year. At the end of the course, there will be a two-weeks’ visit abroad for exposure and assessment. This second phase of the training programme will be conducted in collaboration with the Indian Sign Language Interpreters Association, which is affiliated with the World Association of Sign Language of Interpreters.

Mr Speaker, Sir, it has been agreed by all parties that the proposed mid-week news bulletin in the Mauritian Sign Language be considered for the time being and for which the MBC is ready to provide all technical facilities and backup for the early kick-start of the project.

The Prime Minister: Mr Speaker, Sir, I am informed that the Mauritian Sign Language is not being taught and lectured in many other countries. The most appropriate one – this is what I have been informed by the Society for the Welfare of the Deaf – is in India. They have a collaboration with India and in the past, I believe that some interpreters have been trained in India.

So, up to now, I am not aware whether South Africa is also another country where we can send people. But as I have replied, the issue of training has, of course, been looked at very carefully. It is unfortunate that during the time when we wanted to move forward, the borders were closed. Then we had restrictions because of the COVID-19 situation, and then India itself, and you will recall that even after we had relaxed in terms of our borders, still had very strict border control. So, it is only now, as I have stated in my answer, that we are looking at how we can at least send some people to be trained in India.

Mr Speaker: No! Put your question!

Mr Speaker: I will disallow your question if you continue along that line!

Ms J. Bérenger: The House will recall that India – since the Prime Minister was talking about India – enacted its accessibility standards for persons with disabilities in television programmes. Can the hon. Prime Minister indicate to the House whether Mauritius will enable the enactment of such standards in Mauritius?

The Prime Minister: Sorry? Which standard is the hon. Member talking about?

Ms J. Bérenger: India enacted its accessibility standards for persons with disabilities in television programmes. Since the Prime Minister was talking about India, can he indicate to the House whether we will ask for assistance from India for the enactment of such standards?

The Prime Minister: Mr Speaker, Sir, each country has provided different regulations and different laws adapted to its own situation. Of course, we want to improve in Mauritius with regard to accessibility of people who are autrement capables and whatever assistance we can get not only from India but also from other countries, we shall, of course, tap such assistance.