In September 2021, GRF was among the privileged NGOs to be invited by the U.S. Embassy 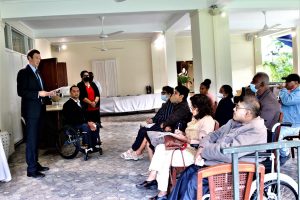 In September 2021, the Global Rainbow Foundation (GRF) was among the privileged NGOs to be invited by the U.S. Embassy, Port Louis for a film viewing called Crip Cramp. It is a documentary movie made on a group of young Americans with disabilities who went to camp Jened where later they formed a Disability Rights Movement to request the American government for equal rights of persons with disabilities in the form of a law. This is how the Americans with Disabilities Act was born. 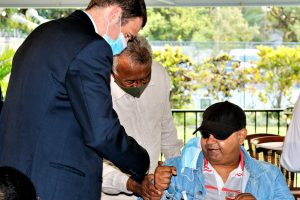 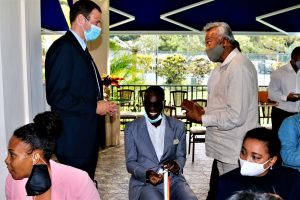 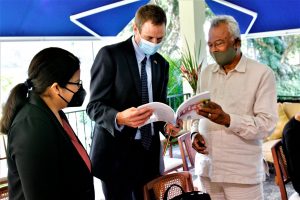 Mohammad Yaaseen Edoo is a Disability Rights Advocate, Queen’s Young Leader and Goodwill Ambassador of GRF who accompanied Prof. Parsuramen at the event was really impressed with the courage, perseverance, strength and the fearless attitude of the movement members. He said: “This is exactly the right way to proceed with the setting up of a Disability Rights Movement to claim for our rights with the government. Peaceful protest, hunger strike should be the strategies to adopt until the government bring forward the Disability Bill” 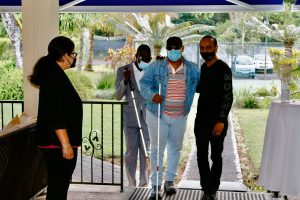 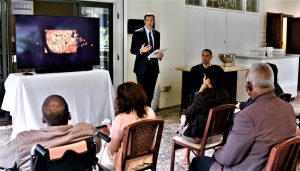 Photo Courtesy: US Embassy in Mauritius