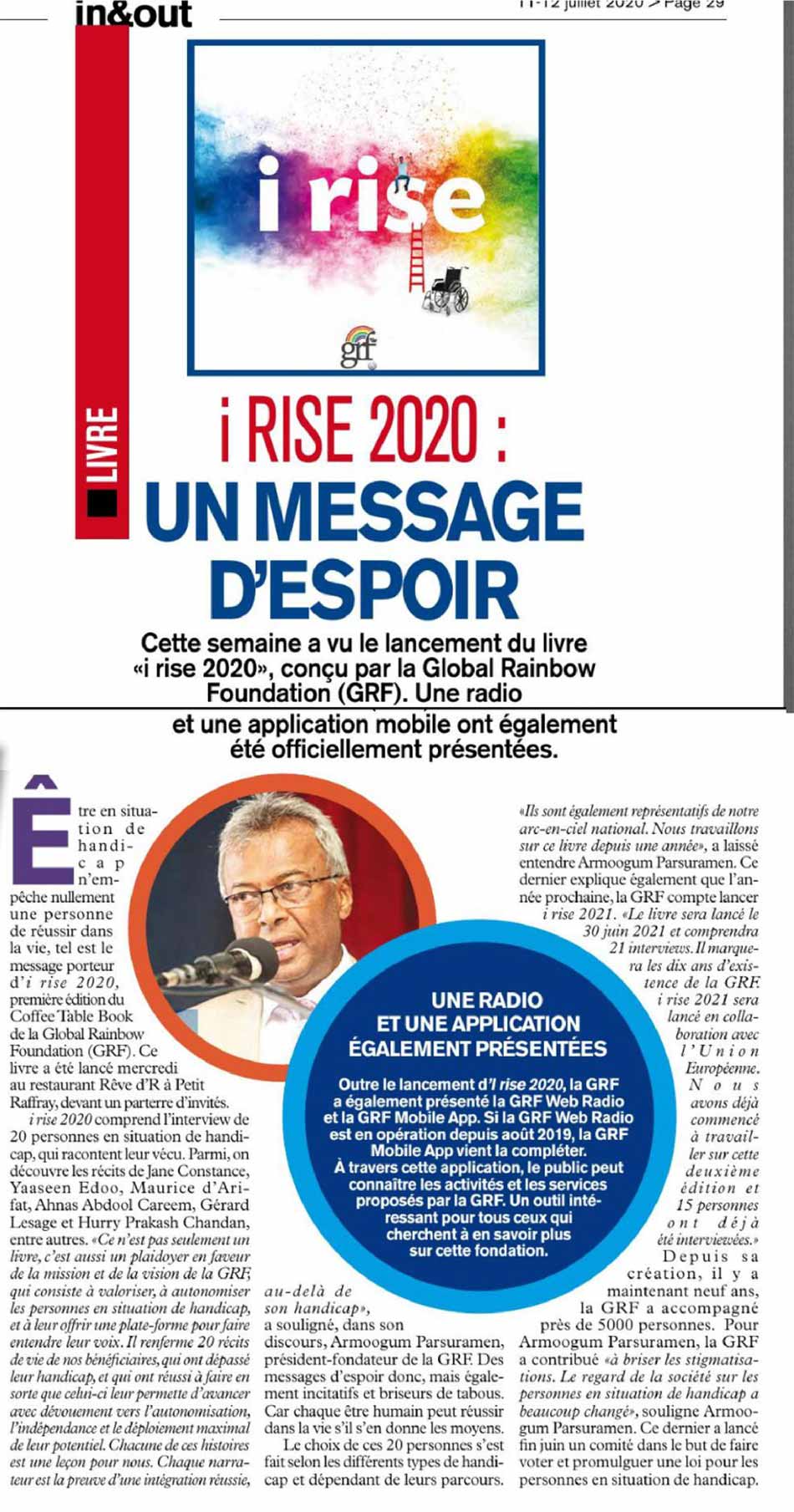 The Global Rainbow Foundation organized, on Wednesday July 8, the launching ceremony of the first edition of its Coffee Table Book entitled i rise 2020, a book in line with its mission of integrating people with disabilities.

It is a compilation of the life stories of 20 selected people with disabilities, an unpublished book that aims to give visibility, space and voice to our friends whose lives and stories are enriching, inspiring and full of positive energy.

Among the many prestigious guests who made the trip to the Rêve d’R restaurant in Petit Raffray, there were: Vincent DEGERT, Ambassador of the European Union in Mauritius, Cassam UTEEM, former President of the Republic, Raouf BUNDHUN, former Vice- President of the Republic, Yoshiharu KATO, Ambassador of Japan in Mauiritus , Lynda KOK SHUN, Council of Namibia in Mauritius, John CHUNG, Director of KPMG, Coomara PYANEANDEE, and many others.

On this occasion, the Ambassador of the European Union to Mauritius recalled how urgent it is for our country to take steps to transpose the regulations of the United Nations Convention on the Rights of Persons with Disabilities, where Mauritius is a signatory of the Conventions.
Cassam UTEEM, for his part, said that the GRF was well inspired to drive a campaign for the inclusion of people with disabilities, because it has been widely demonstrated that when the obstacles to their inclusion are removed, and that PWDs are encouraged to participate fully and actively in life, which benefits society as a whole.

Prof. Armoogum PARSURAMEN warmly thanked all the sponsors and people who participated directly or indirectly in the making of i rise 2020 as well as in this event. He also presented GRF Mobile Application and GRF Web Radio to the audience present.