The Global Rainbow Foundation presents a draft of the disability bill

On Saturday 20 February 2021, the National Committee of Advocacy for Disability Act Mauritius met at the University of Mauritius for a workshop, at the initiative of the Global Rainbow Foundation. A symbolic march took place in the auditorium, with each beneficiary and committee member holding a sign highlighting the importance of a disability act in Mauritius.
This bill, entitled “The Rights of Persons with Disabilities Bill in Mauritius”, was presented to the audience by Prof. Armoogum Parsuramen. It was prepared and designed by a team of legal experts commissioned by the Global Rainbow Foundation, in accordance with the principles of the United Nations Convention on the Rights of Persons with Disabilities, to which Mauritius is a signatory. The draft text is expected to be submitted to Parliament this year.
On the occasion of the workshop, the foundation of Prof. Armoogum Parsuramen received the support of many political and public personalities, such as Cassam Ueeem, Navin Ramgoolam, Bruno Laurette, Rama Valayden, Joanna Berenger, Osman Mohamed, Fabrice David, Reza Uteem, Buisson Leopold, Dr. Ameenah Sorefan, and the singer and UNESCO Artist for Peace Jane Constance.
Beneficiaries of the GRF also came in large numbers to assert their rights and testify to the obstacles they face in their daily lives, as well as their journey.
𝐀𝐛𝐨𝐮𝐭 𝐭𝐡𝐞 𝐃𝐢𝐬𝐚𝐛𝐢𝐥𝐢𝐭𝐲 𝐁𝐢𝐥𝐥
The Disability Bill was first mentioned in 2014 by the government in its election manifesto. However, there has been no significant progress in this area over the past six years.
The purpose of a Disability Bill is to promote, protect and ensure the dignity, equality before the law, human rights and freedoms of persons with any kind of disability.
For Global Rainbow Foundation, the fight continues until a disability law is added to the constitution. 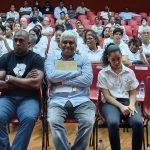 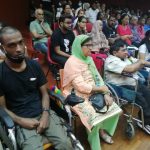 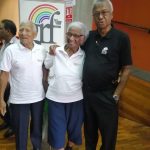 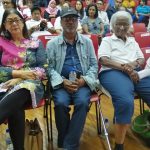 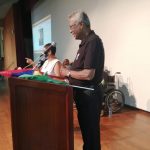 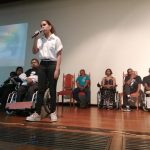 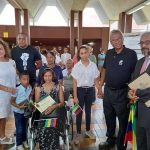 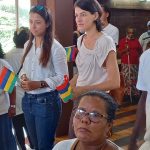 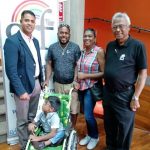